We have had another really fabulous week, as the horses continue to run well. Miss Milborne won again today at Towcester where Tom O'Brien gave her another lovely ride, and she defied a penalty with ease. However, I'd hope the handicapper doesn't alter her mark, as she beat a 115 rated rival by 9 lengths pretty much off level weights, so our mark of 126 should stay the same. Our aim for her is the Mares Novice handicap hurdle final at Newbury, and she should have a decent chance off her mark. I cannot wait for next season though, as she'll be a lovely chaser.  That is now our 16th winner of the season, and we have reached £100,000 in prize money - all credit to the staff for their continued hard work.

Knighton Combe ran a smashing race in the big handicap at Wincanton yesterday to finish 4th. He's still 7lbs higher than when he won the Summer National, and at the age of 12, he is not really in front of the handicapper, but he is still as game as ever, and we will continue to have a lot of fun with him. Jamesson ran a nice race yesterday in a novice hurdle, but we won't really see the best of him until he is over a fence on some better ground.

We have some nice novices still to run this season, and Caminero will be out in early February, as will Sutton Who and Millers Reef. We also have Ballyboker Boy back on song, and he should be ready in the first week or so of February as well. 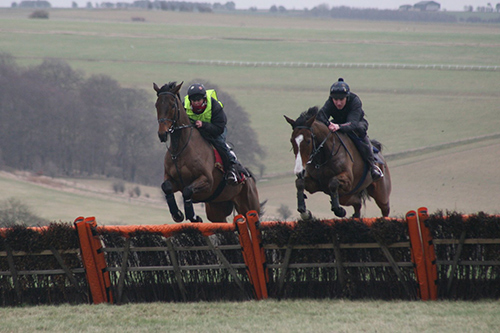