We had another winner last night at Hereford, where Millers Reef won over fences.  It was the second win this season for the Jamie Snowden Racing Club, but the first over fences for Millers Reef.  He jumped beautifully, and travelled with consummate ease and kicked clear turning for home, and just did enough to win by a cosy half length with 3 lengths back to the third horse. We are having the JSRC morning on the gallops tomorrow, followed by a good lunch in the pub - so there will plenty of celebration....... 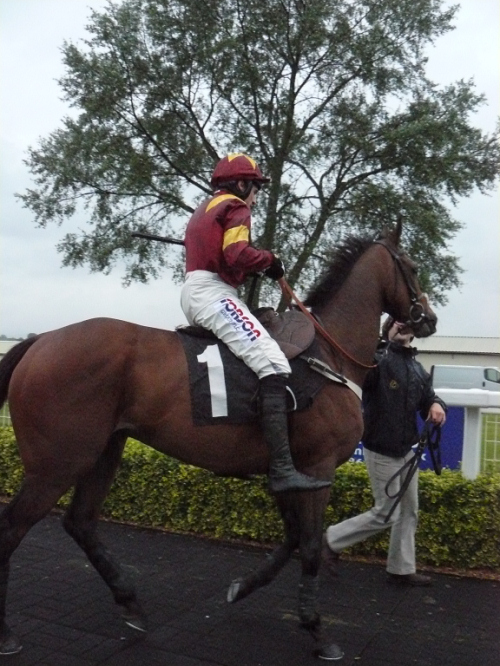 Millers Reef in the paddock before he won at Hereford last night.

I am chuffed with how this new season has begun, as that makes us 5 winners from 14 runners with a strike rate of 36%.  We only have a handful of summer jumpers, so it boads well for the winter season ahead - exciting times........