What a week we have had - 4 winners from 6 runners.....!!! Ixora bolted up at Huntingdon in her first novice chase - she jumped superbly and won in a hack canter. She was a classy hurdler but I hope she could be even better over fences. We'll try to find another suitable novice chase with a penalty for her, and then step her up in class. Ballyboker Boy also ran at Huntingdon, and he was slightly disappointing, however he clearly wants further than 2 miles as he was just outpaced from the home bend. He'll have a summer holiday now, before we probably tinker with his wind and then he can come back novice chasing in the autumn. 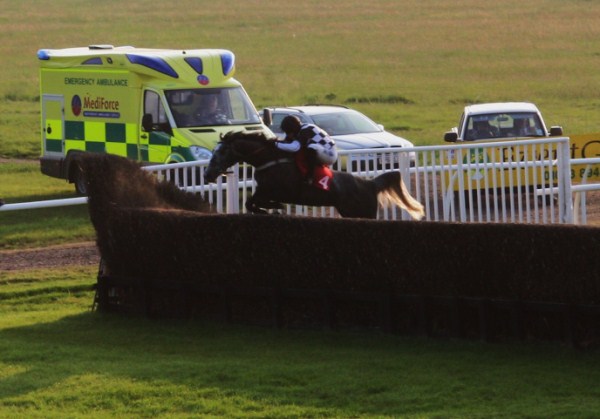 We ran Marodima yesterday at Newton Abbot and he romped away with the class 3 handicap chase. Tom gave him a lovely confident ride, and won by 17 lengths - the only person who wouldn't have been impressed is the handicapper....!

Meanwhile I was up at Doncaster sales yesterday and bought 2 very nice mares. Buxom looks an absolute smasher - she is a 5 year old by Milan (just like Ixora) and she has won 2 bumpers. She looks to be a lovely type for the mares novice hurdle series culminating in the final listed handicap at Newbury in March. She is for sale at £27k.

I also bought a 5 year old mare called Queen of the West who won an Irish Point in impressive fashion on her third start last month. Timeform stated "Queen Of The West looked smart when almost winning on her debut at Kirkistown before falling at the last and winning on a stiff test such as this confirms she is a classy type which can fully be expected to make her mark on the track.” There are a couple of shares available for sale.