Legend - there is no better word to describe Marodima.... He is an absolute star, and won his 17th race on Friday at Fontwell. Sam Twiston - Davies deputised for the injured Tom O'Brien and gave him a peach of a ride to turn the class 2 handicap chase into a procession. He was the first of our 'winter horses' to run this season, and it was lovely to see that they are fit and well for the next few months ahead.

We ran Ultra Klass today at Uttoxeter in a 2m4 maiden hurdle, where he jumped well and travelled into contention rounding the home turn, only to choke and 'flip his soft palate', and so Ian Popham let him pop home to finish 7th. We'll run him in a tongue tie, but he probably won't be seen to best effect until he has a wind operation, and then goes chasing over 3 miles.

I think our next runner will be Buxom at Towcester on Wednesday. She won two bumpers last season, and has been working nicely at home - I think she could be a smart prospect.... 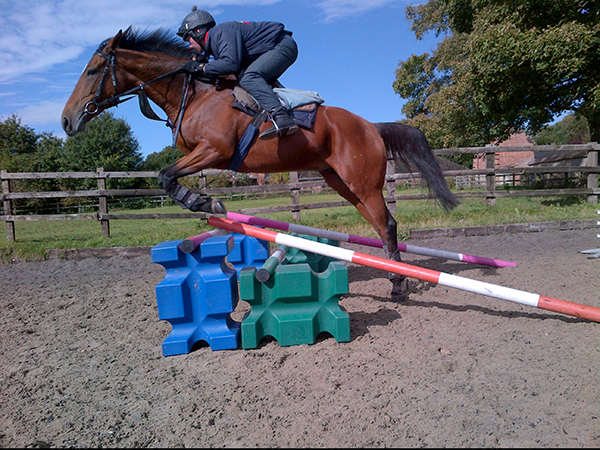 Magic Vixen - over poles in the outdoor school for the first time.