Legend - that has to be the only word to describe Knighton Combe. His terrier like toughness ground out another victory at Ascot yesterday in the class 2 veterans race, under a fabulous ride from Tom O'Brien, to get up in the dying strides of the post by a length from Donald McCain's Fabalu. That is our 19th winner of the season from just 27 horses, and takes us over £125k in prize money. Knighton Combe really is a horse of a lifetime, and has been instrumental in our success since we began training less than 4 years ago. 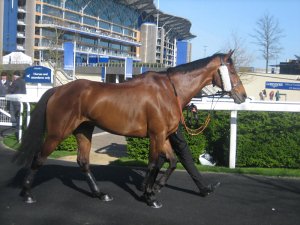 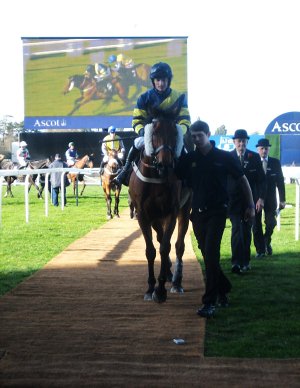 The bandwagon rolls on to Fontwell tomorrow where we run the Jamie Snowden Racing Club horse (Millers Reef) again tomorrow. He won last week at Taunton over hurdles, and runs off the same mark over fences tomorrow, and should have a decent chance. El Diego runs tomorrow as well in the 3m2 handicap chase. He has been placed in 5 of his 9 starts over fences, and deserves to get his head in front on some better ground. Three of our last six runners have won, and so fingers crossed we can improve on that strike rate tomorrow.......