It was great to chalk up another Saturday winner at Wincanton this weekend as Miss Milborne won the valuable class 2 mares handicap in convincing style, in turn she kept us inside the top 30 in the trainers championship.  She really put her head down and battled all the way up the straight under a powerful Harry Skelton ride.  This was a highly satisfying win, as we had planned this for some time.  She ran a lovely race at Chepstow on her reappearance this season over an inadequate trip, and that put her spot on for Saturday.  She will now head for a Listed contest at Kempton in just over 2 weeks time 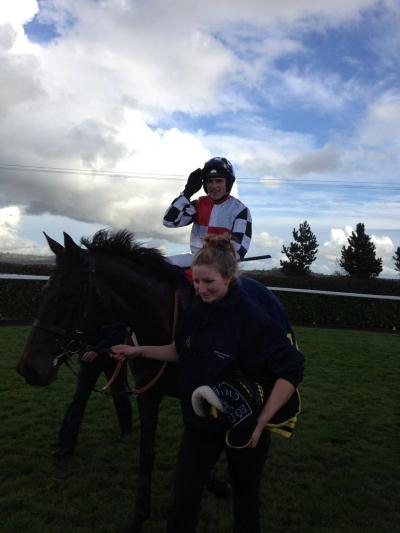 Miss Milborne being led back into the winners enclosure after her class 2 win at Wincanton on Saturday afternoon.