Lucy and I took advantage of the lack of jump racing last week by heading off to Turkey for a bit of R&R.  We had a lovely relaxing hols, soaking up the sun and I managed to read my annual book - this year it was Brough Scott's biography on Sir Henry Cecil - which was a fabulous read.

Now that October is almost upon us, we are beginning to gear a lot of the horses up - fast work is increasing, and schooling mornings are getting intense.  We had a productive morning as Brendan Powell came in to sit on a few.  We schooled plenty of novice hurdlers including Joanne One, Reves D'Amour, Key People, Buxom, and Alanjou, as well as a couple of novice chasers including Jean Flemming and Zava River.  As it was Brendan's first schooling session back since he broke his arm in July, we let him sit on a couple of handicap chasers including Sandy's Double and Niki Royal.  Other horses to school were Lemons Ground, Borguy and Wyfield Rose.  The latter is twice the horse of last year, and may yet run in a bumper before going over hurdles.

I forgot to mention our Owners Open Day which took place on Sunday 1st September this year - and was a great success.  The staff worked tirelessly and I was immensely proud to parade 38 horses for around 150 guests who included many owners, and potential owners.....  We then had a smashing lunch in the garden, and we sold a few shares in some exciting young horses including a smart Kings Theatre filly.  I believe that we sold two quarter shares in Key People, and so if you would like to fill the partnership up and become involved in a 113 rated novice hurdler, who has the scope to be a decent handicap chaser then please do get in touch. 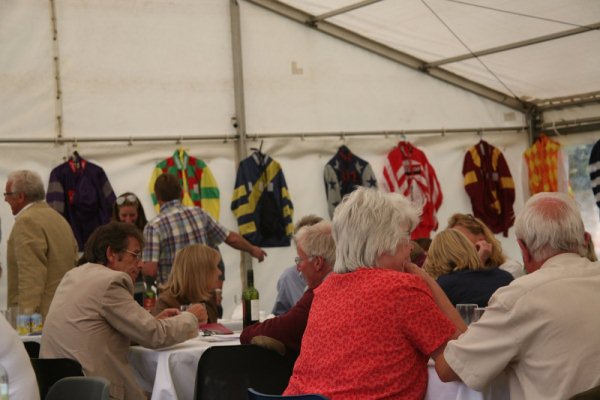 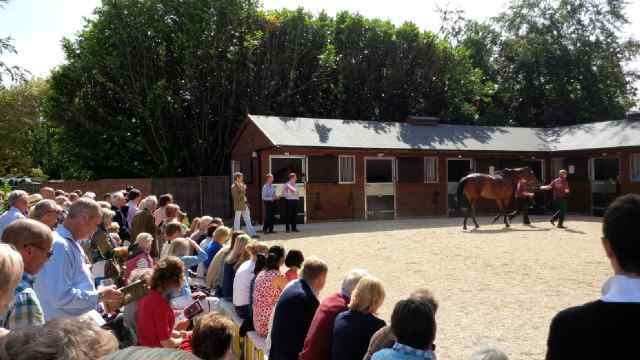