After seeing that the handicapper was going to catch up with To The Sky after his win at Worcester and subsequent very close 2nd at Stratford, we were forced into running the boy again at Southwell last week. He was only beaten a total of just over a length into 3rd.  The race was surrounded in controversy as the winner looked to be the subject of a betting coup! Having been denied a handicap mark after 7 attempts in novice hurdles, the handicapper let the winner into this race off a mark of only 82, which is a travesty…. These things happen, but it was frustrating as we were trying to win three races off the same handicap mark within 2 weeks, which would have been amazing. 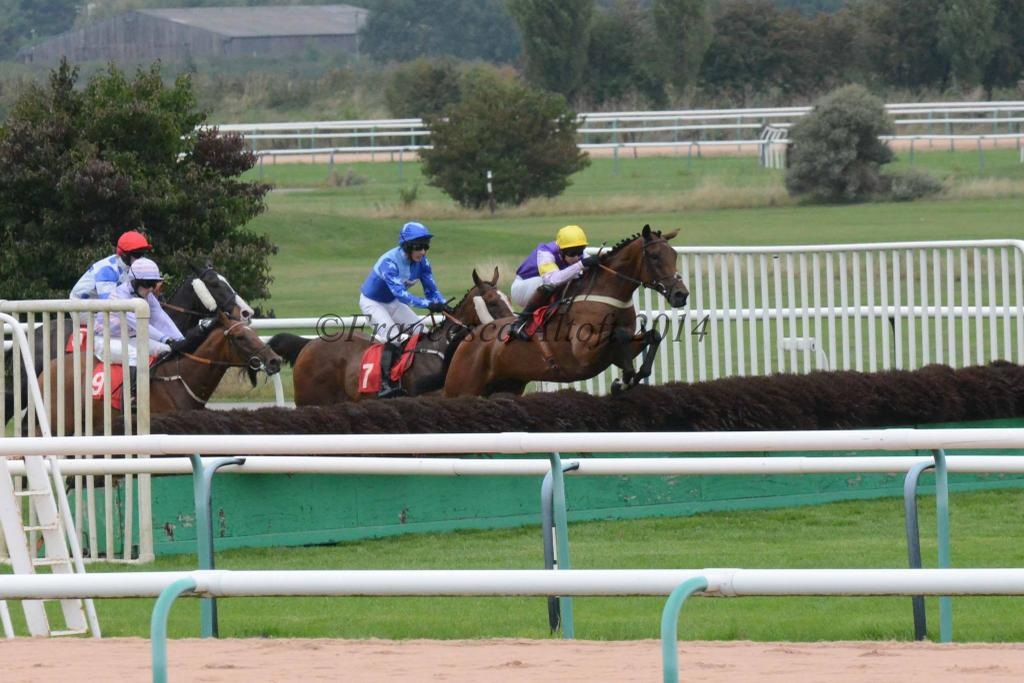 After racing at Southwell I headed north to Doncaster for the horses in training sale at DBS. We picked up a 3 year old filly called Dino Mite, who is the half sister to the Scottish Champion Hurdle winner, Cockney Sparrow. Dino Mite won her maiden impressively on her 2nd start (having had just the 4 runs on the flat) and has a mark of 77, which is just 1lb below that of Cockney Sparrow when John Quinn bought her in October 2012. She looks to be another smart recruit for Value Racing Club (they also have Rhythm Star with us) and I know James Couldwell is looking for more members to join the syndicate, so do give him a call on 07879 456858.

After the sale, I headed yet further North to Wetherby to stay with some great friends, and the following day we went to Headingly to see England finally win a one day game of cricket against India. It was a fantastic game in the Yorkshire sun and a lovely way to end a good week.

As autumn rolls on, I have been really impressed with how our store horses are coming along.  We bought quite a few over the summer, and they are all cantering away now.  We have sold all bar one, which is the Shantou gelding - from the family of Space Trucker, who won the Fighting Fifth and the Grand Annual - and he looks to be a real smasher.  He has a great pedigree and the looks to go with it, so I'd hope we can find a buyer for him shortly.

There now isn’t any jump racing for a week, so it’s time to get the work into some of the ‘winter’ horses, and we’re schooling lots. Last season’s bumper horses are schooling well over hurdles, likewise we’re getting some of last season’s hurdlers over a fence now too – so although the jockeys are swanning off to catch a bit of sun, the rest of the staff are working harder than ever. Surely there are better weeks of the year to have no jump racing when the staff can get a week off as well as the jockeys?!