The handicapper fairly hammered Niki Royal for her Towcester win, and so we were forced into running her with a 7lb penalty at Taunton - she finished 4th, and looked the winner turning out of the back, before the weight told, and I'd say the race may have come a bit soon. We'll give her an easy week, and look for another race in 3 weeks time, before we think about the mares final at Newbury in March.

Soutine ran well to be 3rd again at Huntingdon last week, we stepped him up to 3m2 and he does look a thorough stayer.  Ideally we want to go chasing with him now, but the new Novice Chase rule states that he must run in a novice chase and have no chance of winning, and then we can run him in a handicap and at least be competitive.  So we'll drop him back in trip, jump around and pick up chase experience, and a chase mark - lunacy but hopefully the BHA are going to change this crazy rule.

We stepped Zava River up in trip on his handicap debut at Kempton on Friday, and he ran a blinder at 33-1 to finish a close 3rd.  We thought the handicapper had him a few pounds wrong, and as we were only beaten a couple of lengths, we weren't far off being right.  Unfortunately the handicapper has subsequently put him up 4lbs for that effort, which seems harsh, as we haven't won yet! 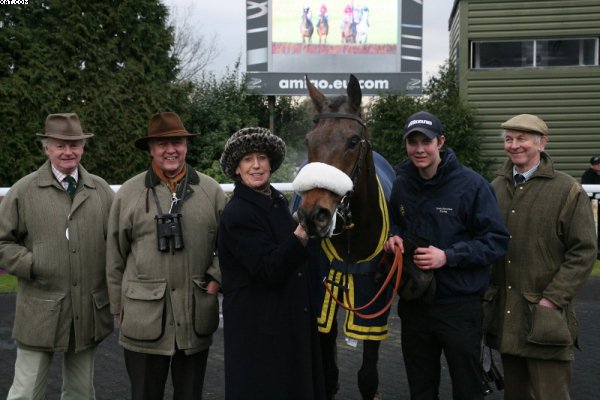 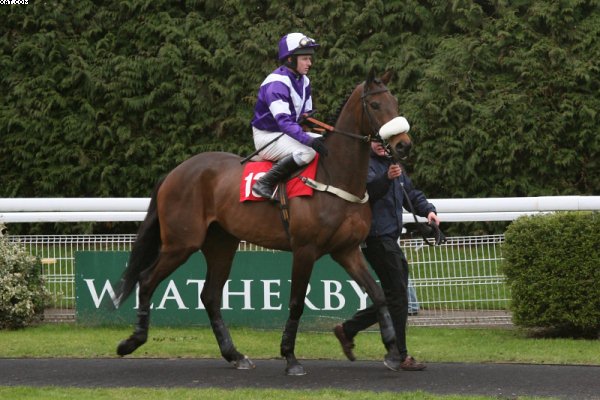 Miss Milborne ran her usual game race in the Welsh Champion hurdle to be 6th - the trip was always a touch short for her, but we are just aiming at a few decent prizes with her before she goes chasing next season.  Joanne One made her debut for us at Newbury on Saturday in a seriously competitive listed bumper - she finished 6th as well, and looks to have a decent future, but I think we'll keep her to mares only races now.

As many of you will already know Jon Hughes has set up a syndicate called Owners for Owners (www.ownersforowners.co.uk) and they have a horse called Houndscourt with us.  There are 6 shares in each syndicate, and one share is still available in Houndscourt.  Anyway, we set up a morning on the gallops for them on Saturday, and about 20 people turned up (despite the snow) to see Houndscourt in a piece of work on the grass. 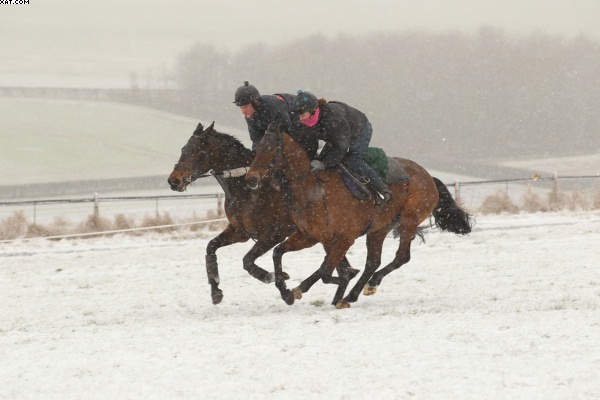 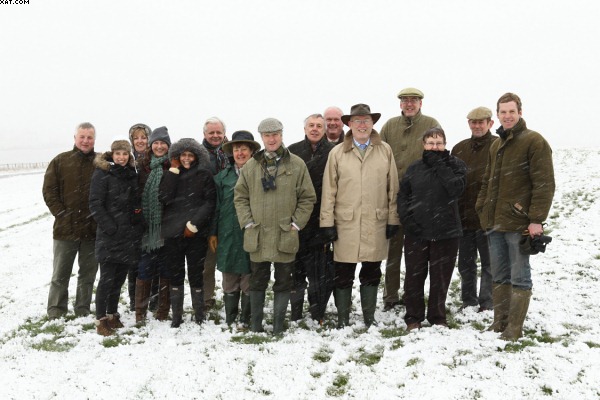 The Owners for Owners gang watching Houndscourt do a piece

of work with Present View on the grass (snow!).