So close yet so far - being beaten by a short head is never nice.....but that is what happened to Buxom yesterday at Taunton on her handicap debut.  Having thrown away certain victory at Towcester on her hurdling debut, and then bumping into two decent mares at Uttoxeter on her second start, she looked to have a good chance of opening her account over obstacles.  She looked more professional throughout the race, as she jumped well and travelled nicely and quickened really well from the back of the last but was just denied by a well handicapped improving sort.  I hope the handicapper doesn't over react, but she looks an exciting prospect for the season ahead. 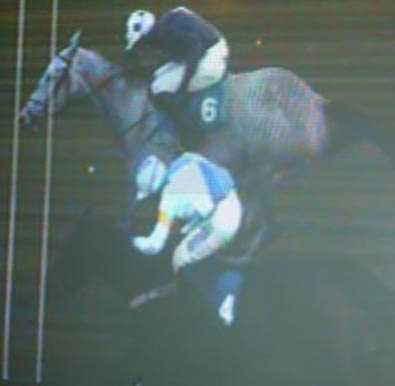 Buxom being denied by a short head.