We hit the crossbar a few times last season, and we have this summer too.  We sent two to Market Rasen on Sunday and both filled the runner up spot!  We rather launched little Dino Mite into the deep end and ran her in a novice chase where we were trying to take advantage of our whopping 24lbs age and sex allowance....however we came up against a 143 rated rival and gamely went down fighting.  Having now qualified for a chase rating, she should be easier to place now. Meanwhile Imperial Plan also finished 2nd under a lovely ride from Page Fuller. He has always shown us more at home than he had on the track, so it was good to see some spark from him on his handicap hurdle debut, and let’s hope he can build on that promising run.

We have just got back from the stifling heat of Deauville where we purchased a lovely 3 year old Makfi colt called Baraymi from the Arqana sales.  He is a half brother to the Greatwood winner, Brampour, and will be gelded and sent juvenile hurdling this season.  He looks to be a very exciting prospect. 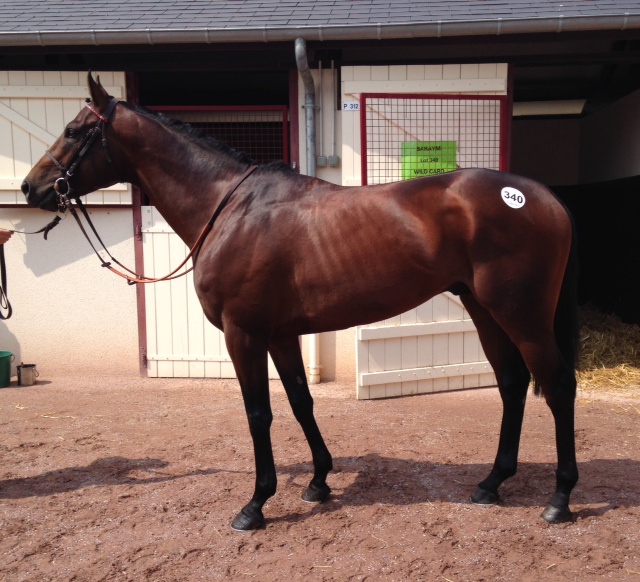 Whilst we were out in France we ran Lord of the Dunes back at Worcester where he was 3rd. He was due to go up 3lbs for his creditable 2nd the previous week, and so we ran him back sooner than we would have likes as he was ‘well in’ at the weights, but in hindsight it was too soon as he was just a little bit flat.

As the start of July is upon us, we start to bring the "winter horses" back in and I came back from Deauville to the best sight – Present View back in his box at Folly House. He looks absolutely fantastic, and is in tip top shape to start back into his fitness schedule. We forget he is still only a 7 year old, but I have to say I have never seen him looking so well after his summer holiday, and I cannot wait to get him back on the track. As with last season the Paddy Power will be his main autumn target, and we hope to finish two places better this time around with hopefully a less interrupted preparation!

Elvis is back in his box and ready for the season ahead.

The new barn is now virtually completed, and we’ll be moving horses in early next week. As the yard gets busier, so the road work begins and the excitement builds for the coming season. We look to have a highly promising bunch of horses across the board this season – from bumpers to juvenile hurdlers, from novice chasers to older handicap chasers, and hopefully a couple of graded performers in the mix!