Lucy and I have just got back from a lovely holiday in Turkey - although I think the weather here may have been better by all accounts! The horses have been in terrific form with 2 winners and a second from just 4 runners.

Jawhary made a winning debut for us at Towcester on Friday evening, when scoring under a fine ride from young Brendan Powell. I claimed him out of a seller at Newton Abbot in early April as a replacement for El Diego. I am chuffed to bits for the Keightley's, Finch's and Lambert's who now own him - it was the Keightley's first ever winner, and I was delighted for them.

We were going to send Knighton Combe to Wetherby on Thursday, but the novice hurdle at Worcester was cutting up, and so we switched and sent him there, and thankfully he cam home a length and a quarter clear, and amazingly recorded his first win over hurdles as a 12 year old! He has now won 6 races for us, and is a true legend. 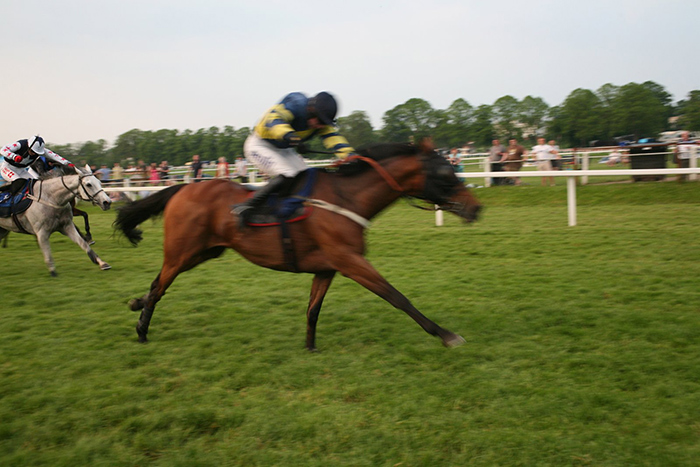 Millers Reef finished second at Ludlow the day before we went away on holiday, and ran a cracker. We rode him exactly the same way as we had when he won at Taunton last month, but unfortunately we got caught close home. I think we learnt a lot, and will challenge a bit latter on our next start. I think we'll pop him back over fences and try to take advantage of a lower mark in that discipline.

The only bit of bad news that we suffered this week, was when Mista Rossa unfortunately broke a bone behind his knee. We nursed him back to full fitness having had 600 days off the track, and he ran a nice race at Wetherby on Thursday despite just needing the run. However, he pulled out lame on Friday morning and that'll be the end of his racing career now. I feel devastated for Lucy Horner and Jon and Jackie Hughes who have been so patient with him, and we will all miss him in the yard as he is such a character.