We had an exciting morning with BBC 1 in filming us jumping a mock Grand National fence. Tom O'Brien came in and we schooled Graduation Night over 2 fences, and the camera men filmed him for the build up to the Grand National this year. James May (from Top Gear) is doing a 'horse power' demonstration and we were part of the filming. It is due to be shown on Grand National day, and I hope it comes across well. It'd be lovely to think that Graduation Night could just develop into a Grand National candidate for next year.... He was due to run at Wincanton tomorrow, but their ground is excessively firm, and so we'll wait to run at Haydock on Saturday. 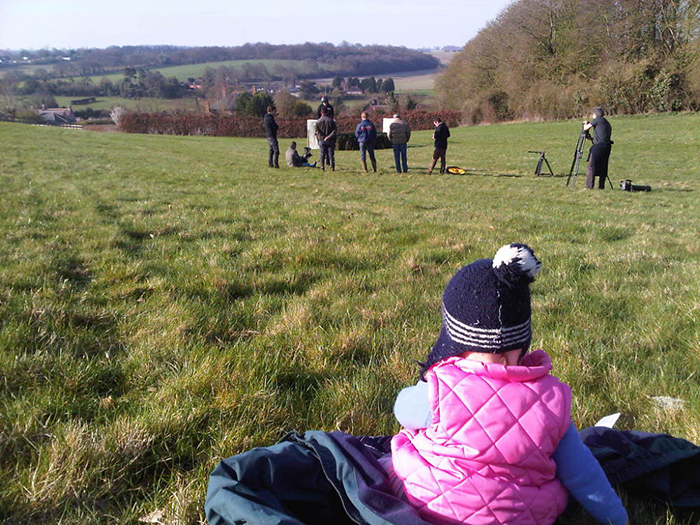 Unfortunately our winning run came to an end yesterday as El Diego finished 4th, and Millers Reef's exertions of winning last week took their toll. Millers Reef jumped well in the main, but a couple of small errors put him on the back foot, and he was struggling to go the pace, which just isn’t Miller. He always travels well, and so he must have been feeling a bit flat after his win only 6 days ago. The other aspect to take into account is that Fontwell had done a great job watering the track, and it probably rode a little bit ‘dead’ in places, and Miller didn’t bounce off it.

Millers Reef's new handicap mark was released yesterday morning (to take effect from Saturday onwards), and the handicapper put us up 7lbs over hurdles for last weeks win – which is fair enough – but he has also put us up 7lbs over fences as well – which was harsh as we hadn’t run over fences until yesterday afternoon! So in effect we were 7lbs ‘well in’ yesterday, and so we had to take our chance. If it works you look a genius (i.e. Marodima in January), if it doesn’t you look a fool, but we tried today and it didn’t work.

He'll have other day.