We had an exciting new horse arrive from Ireland today, called Ballyboker Boy.  He has won 2 Irish point-to-points from just 2 starts, and his 2nd win was at Ballingarry where he won a "Winners of one for 4yr +" by 8 lengths, and earned a rating of 98, which is a seriously good rating, when you consider Denman got a rating of 90 when he won his Point.  The good news is that Ballyboker Boy is for sale! 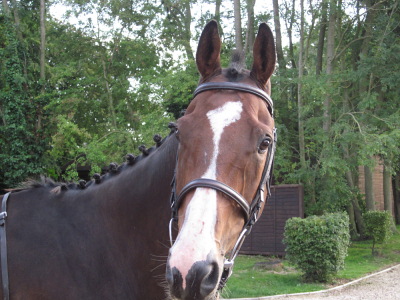