Having ended last season with the horses running well, I am delighted that we've started the new season in the same manner with 5 winners on the board already.

Our Reward gave us the perfect start to the month when winning on his hurdling debut for EPDS under a good ride from their sponsored jockey, Will Featherstone. He certainly made the trip up to Sedgefield worthwhile and it was good to see that he was fulfilling the promise he’d shown in bumpers. Orchard Park finished 3rd in the same race but showed significant signs of greenness however, having won a bumper in the winter, he’ll undoubtedly improve for a holiday now and should be a nice sort for the autumn. 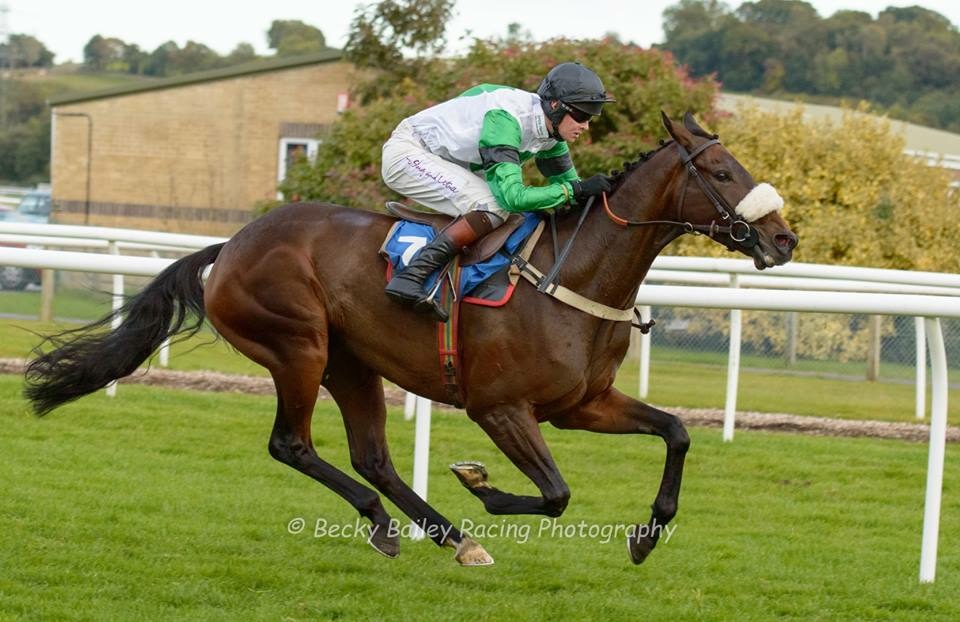 Having been 2nd in two novice hurdles this spring, Ebadani certainly deserved to get his head in front, and he duly obliged in effortless fashion at Sedgefield. Our plan was then to get one more run into him over hurdles before heading to Royal Ascot for the Queen Alexandra Stakes. However, unfortunately he struck into himself when favourite for his handicap debut at Uttoxeter yesterday, so our fingers are firmly crossed for him.

The success story of Carrigkerry has certainly been a highlight of this month, with him winning on his handicap hurdle debut at Warwick under a polished ride from Page Fuller, and then following up 5 days later at Southwell. He might be out again earlier in June in order to capitalise before the handicapper can catch up with him once again.

I was delighted that Kassis won again over fences at Huntingdon as she really deserved to get her head in front after two decent runs in listed races. She is off for a nice holiday now at her owners’ stud, which is where Centoria has just had her first foal. The Midnight Legend colt seems to be thriving, and fingers crossed we can have plenty of fun with him in 5 years’ time!

The majority of our other runners this month have all been in the money including Breaking Bits who has finished 2nd on two occasions, surely it won’t be too long before he gets his head in front again. Our Three Sons was also 2nd in a novice hurdle, and that adds to his two seconds in bumpers last term, and he must surely find his way into the winners enclosure over the next couple of months. Our Reward was 4th under a penalty on Friday night, and he is another off on a holiday now. Whilst Ardkilly Witness ran a cracker on unsuitable good ground to be 4th at Wincanton at the start of the month, and is another who is now out in the field.

Frustratingly, Midnight Chill was only 4th on his bumper debut but as the Racing Post report from the race said, “Midnight Chill went for a brave run between a couple of rivals in the home straight but found his way blocked. While he couldn´t recover from that, plenty of ability was shown.” Undoubtedly he is a very talented horse and amazingly there is still 50% of him for sale.

Although we won’t have many summer jumpers this season, we’re still pretty busy at home steam cleaning the whole yard, re painting it all and carrying out routine maintenance to the yard. Whilst at the sales we’ve been selling a few and restocking for the coming season. Despite Agenor, Detroit Blues and Jean Fleming all winning for us, they have all gone to new homes – Agenor has gone back to Germany to run on the flat, Detroit Blues is heading to the States to run over timber and Jean Fleming is off to become a broodmare. I was delighted to have bought two at the Doncaster May sales and we have recent bought one privately from France:

1. Champagne James is a strong 8 year old bay gelding who is rated 134 over fences but is still a novice in that discipline. He won his bumper and novice hurdles in impressive fashion around big tracks in Ireland, before being sent chasing where he has been placed in 8 of his 10 starts including finishing 2nd to Valseur Lido (2nd in the Ryanair), and Empire of Dirt who won at The Cheltenham Festival this season. He has run at the big festivals and will be able to win his novice chase in this country before running in some of the big Saturday handicaps whilst having half an eye on something like the Welsh National. He is for sale.

2. We bought a smashing unraced and unnamed Kayf Tara gelding from the store sale. He is a strong 16”2 grey four year old gelding out of a French winning Verglas mare, who was the half-sister to 13 winners, including the 14 time winner, Le Prestigieux. He looks very exciting.

3. We popped over to France the week before and picked up a very exciting 4 year old called Capsy de Me. He won a Grade 3 APQS bumper in Paris this spring and is a half-brother to As De Mee, who has won a Grade 3 handicap hurdle and has been placed in Grade 1 chases this season.

We’re off to more sales over the rest of the summer, and hope to pick up a few more too in order to strengthen our team for the coming season. Please do let me know if you might be interested to come along to the sales or if you are interested in any we have for sale.