We have introduced a few promising newcomers in the last two weeks, and it was lovely to see Jean Fleming put her head in front on her racecourse debut. She jumped really well and won pretty comfortably, and looks a mare for the future as I can see her being a super chaser..... 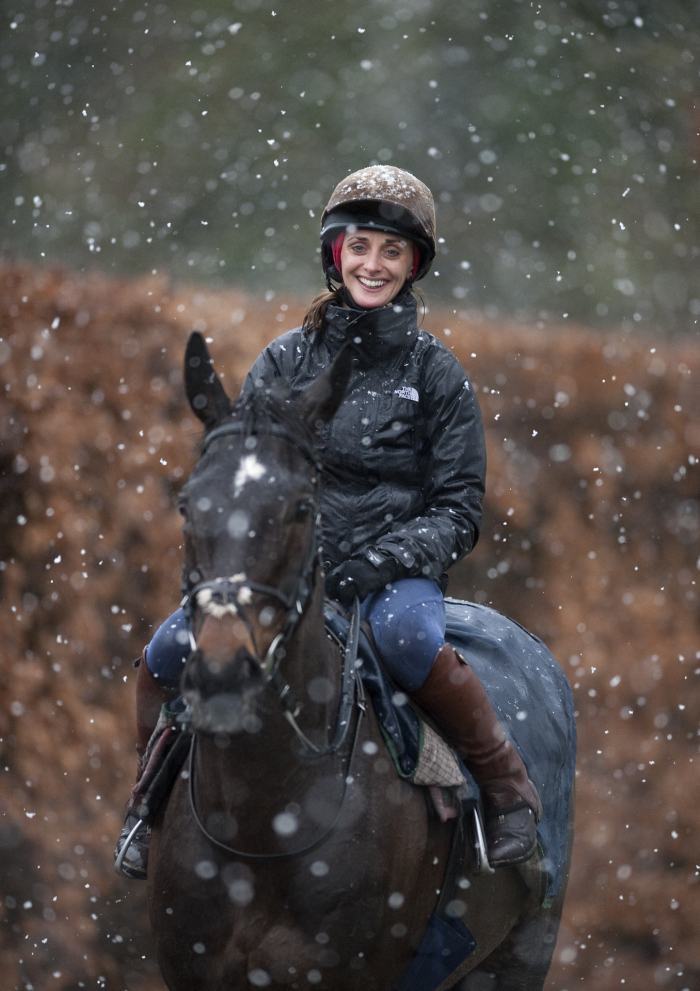 Jean Fleming after exercising in the snow.

Major Milborne is Miss Milborne's brother, and he looked a really smart individual when finishing 3rd on his racecourse debut in a bumper at Fontwell. He travelled well and picked up nicely showing a turn of foot. He will undoubtedly come on for the experience and hopefully he can win a bumper before his summer holiday. Jammy finished 3rd on his debut at Exeter in December, and probably ran to a similar level of form behind Major Milborne. He is now on holiday, and will strengthen up over the summer, and should be a nice sort for novice hurdles next season.

It was lovely to see Sandy's Double back on the track at Bangor this week. He's been off the track for nearly 500 days with leg trouble, and so it was a great performance to be 3rd at odds of 66-1....! I hope the handicapper doesn't over react, as he could be a nice handicap chaser.

Breaking Bits ran well today to be 4th in a hot little contest at Huntingdon. He was a bit too keen early on, but he jumped really well, and he should be able to win a novice hurdle over the next month or so.