I was chuffed that To The Sky won at Worcester on Tuesday night on his debut for us.  He was sent to us by White Diamond Racing syndicate and this was their first winner as a syndicate.  He was once quite highly rated in Ireland, but had slipped down the ratings and obviously had a few issues.  We tweaked a few things, and sent him chasing, and thankfully it worked....despite a bad blunder at the last.  Brendan performed a minor miracle to stay on board and get back up to win without his stirrups!  We'll see how he is, but he could run again next week back over hurdles without a penalty. 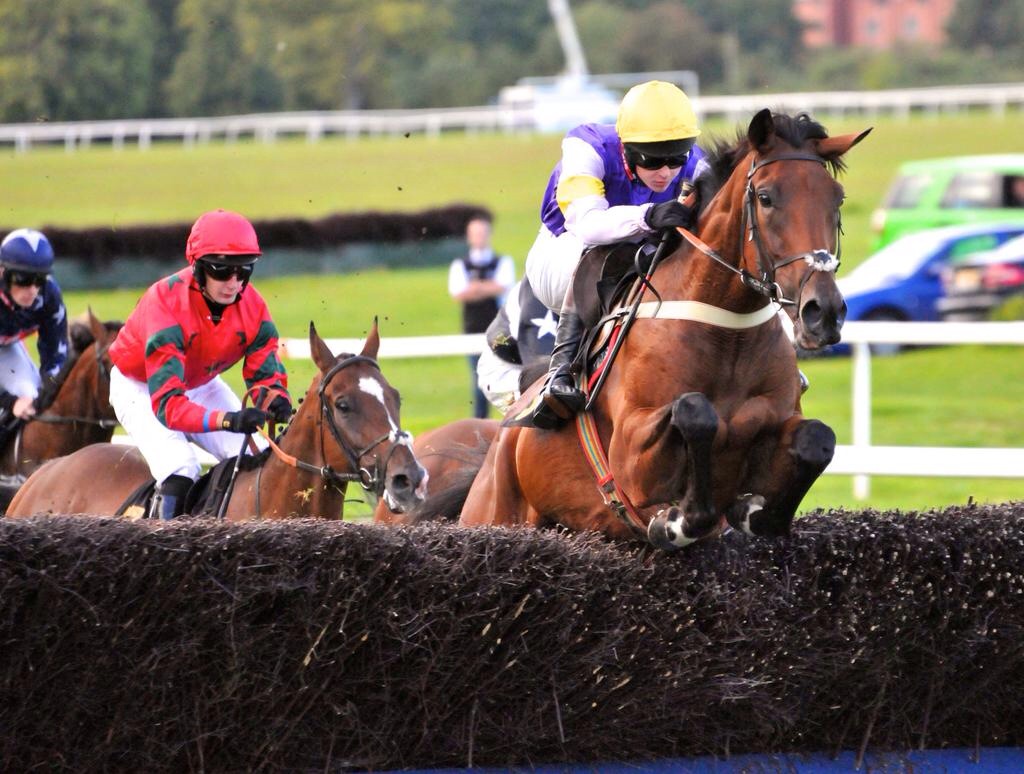 We run Camachoice this afternoon at Newton Abbot – he was a good 2nd on his debut for us, and a reproduction of that effort would see him thereabouts again, but it looks as though he’d have to improve to beat the favourite.