The fillies in the yard have kept the ball rolling over the last three weekends. It was lovely to see Kassis win nicely yesterday at Leicester under a great ride from Nick Scholfield. Back over hurdles, she exploited a lower handicap mark, and brought her tally up to 4 wins in the last couple of seasons. It would be great to pick up some black type with her now before she heads back to Broadwell Stud as a broodmare.

Kassis in the winners enclosure with Julie Thomas and Nick Scholfield.

Talking of black type, I was delighted that Naranja picked up some at Cheltenham, where she was 3rd in the Listed Bumper on Paddy Power Day, or should I say on ‘BetVictor’ Gold Cup day. She won her bumper on debut last season and followed up with a gutsy performance here. She should be able to win a bumper with a penalty this season before progressing over hurdles in time. 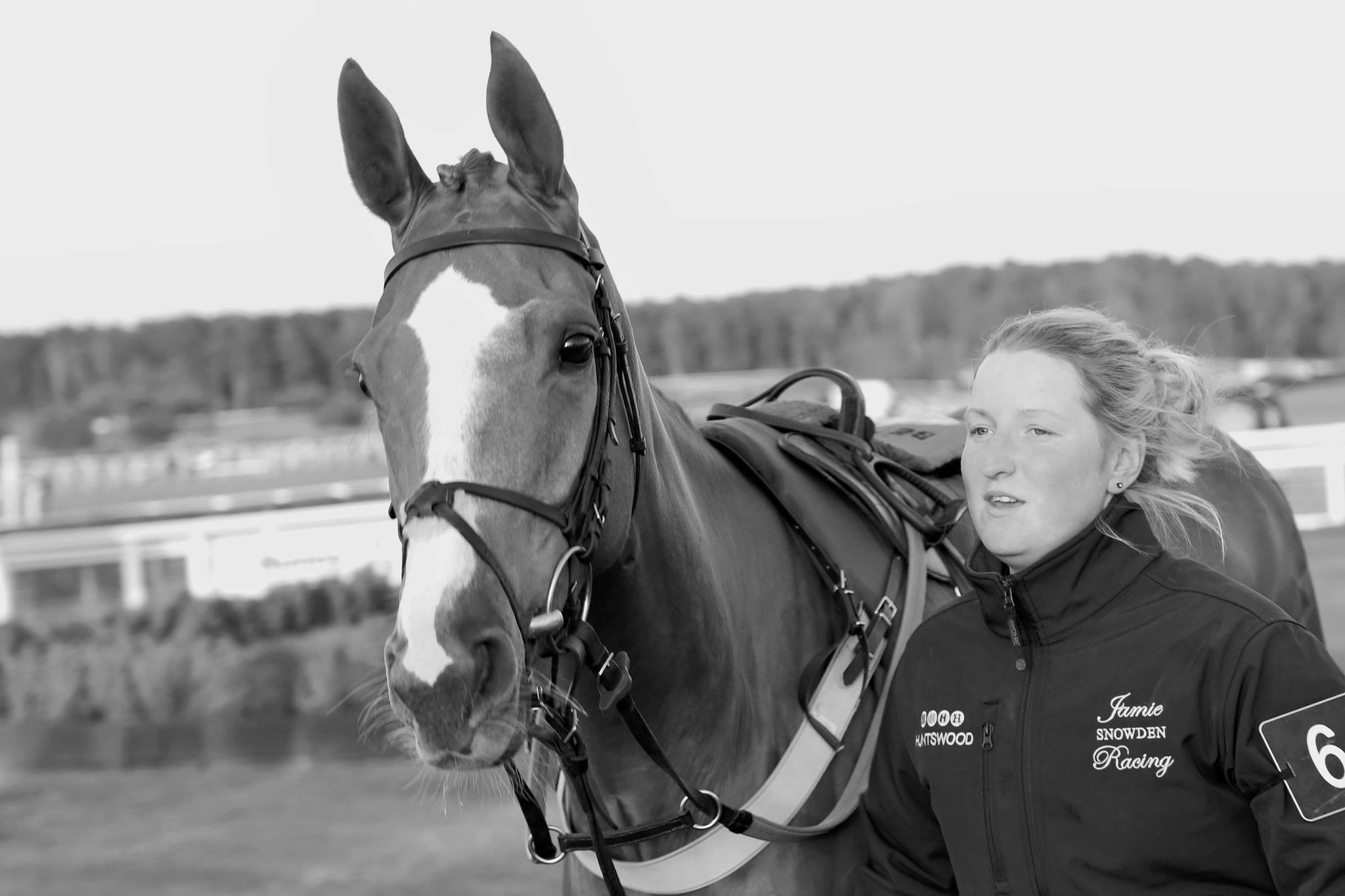 Naranja picks up Black Type in the Cheltenham Listed Bumper.

Meanwhile, another of the leased mares, Midnight Silver brought her tally to 4 winners as well when she put in a great performance to win at Uttoxeter last weekend. She improved for a wind operation over the summer, and looks like she can keep improving now….and she’d jump a fence too, so there is lots to look forward to with her.

Midnight Silver gets her head in front again.

We still have one three-year-old filly available on the free lease scheme. She is by Presenting and is out of a three-time winning black type mare who was as tough as teak. Her dam was a half-sister to the Gold Cup winner, Garrison Savannah who was also 2nd in the Grand National. So do let me know if you might be keen to get involved with her.

Of our other runners recently, Our Reward has been placed again over hurdles and in turn he has qualified for the Northern Series Final which is a class 2 handicap run in March at Newcastle. He will have a winter holiday now and then come back for the spring, when he will also go novice chasing and that is undoubtedly where we will see the best of this dual novice hurdle winner. Two other horses ready for a winter break are Adrrastos and Fact of the Matter. Both of whom have been placed again this month but prefer the better ground and so will have a holiday through the worst of the winter. There is a big handicap in both of these horses and we’ll look towards the Summer Plate and Hurdle with them and possibly a trip to Galway!

Two horses that have run well this month, but need some more rain to fall are Lautaret and Dark Lover. Lautaret was 3rd on his British debut over fences at Lingfield and I was delighted with Dark Lover who was 4th over hurdles at Exeter. He won two hunter chases last season, but suffered atrial fibrillation and subsequently lost all confidence in himself. It was great to see him back on track and he should go very close on his next start as a result…..

Unfortunately, some of ours have just been needing their first runs of the season and both Capsy de Mee and Midnight Chill fit into that category. Due to the dry autumn, we have only just started using the grass gallops here in Lambourn and that showed with these two slightly underperforming. They are both decent horses but find life easy on the all-weather gallops and so weren’t as fit as some of the others. They will improve enormously for their first runs and should be horses to follow this season.

Talking of using the grass, I have been excited to get some of the babies on the historic ‘bowl’ gallop, and two who have caught the eye are Blue Bullet and the EPDS owned Flemensfirth gelding. Recently named Pride of Pemberly, is out of a bumper winner and from the lovely family of Gaye Chance (Stayers Hurdle winner), Gaye Brief (Champion Hurdle) and Black Humour. He should be capable of winning his bumper this winter before targeting the £50,000 DBS bumper at Newbury in the spring. Two horses who are coming back from injury who are worth noting are Heronry and Future Gilded. Both horses are nearing their comeback runs and should have a big race in them this season.

The season seems to be kicking into gear now and I’m delighted that we already have 14 winners on the board (15 unofficially!) already with nearly £100,000 of prize money in the pot, now we just need to turn some of our seconds (22 so far this season) into more winners……