I thought Present View ran a very promising race to finish 2nd today at Huntingdon. He was far to keen at Kempton a fortnight ago on his debut under rules, and so we had to over exaggerate the hold up tactics to educate him and keep him settled. In doing so we were lucky not to be brought down by a faller at the last with a circuit to go, and lost a fair amount of ground. We were only beaten half a length, and there was 17 lengths back to the third placed horse, so it was a highly encouraging run. He is only 4 years old, and looks to be a seriously exciting horse for the future....

Buxom was 3rd on Friday in a very hot little novice hurdle at Uttoxeter. The front two horses had both won listed bumpers last season, and I think it was one of those races that will work out very well in the end. The ground was horrid, and I think she will really appreciate some better going, and think she will be a mare to keep on the right side of this season. 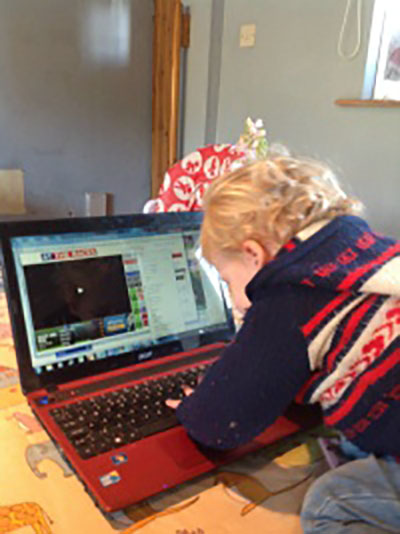 Lettie checking up the form on the ATR website....!