We have had an excellent week – with Ixora running a cracker at Cheltenham and just missing out on coming 2nd by 2 lengths in the mares race, and it was also great to pop in another winner at Towcester when everyone was looking at Cheltenham!!

Unfortunately Ixora missed out on running in the Coral Cup (by one), which had been our plan since she won at Cheltenham in the autumn, but she ran a lovely race in the mares race.  It was  a very slowly run race, and became a sprint for home which resulted in a blanket finish and we ended up coming 7th, being beaten only 2 lengths by the 2nd horse.  We had planned to run Graduation Night in the 4 mile novice chase, but he missed the cut by one as well, so he'll now head for the Somerset National at Wincanton in early April. 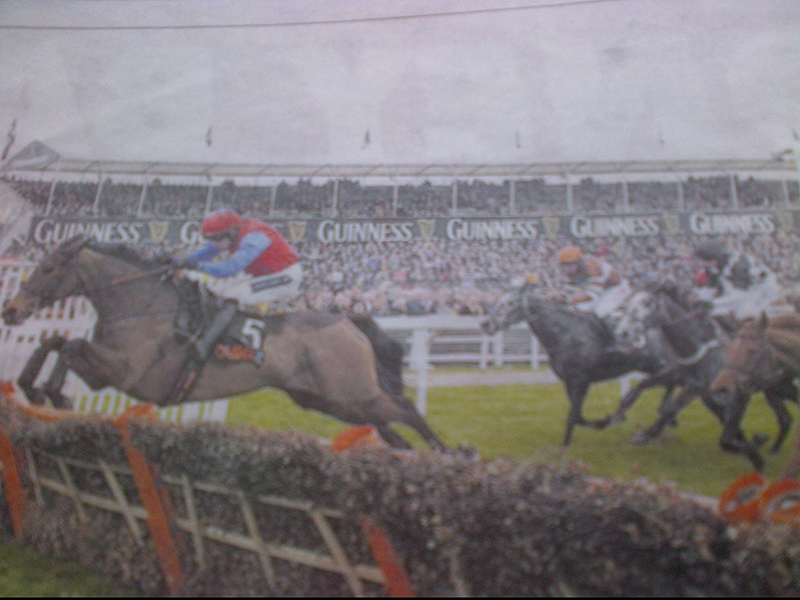 Post of Ixora 2 lengths off Quevega at the last.

Marodima sauntered around for a facile victory at Towcester on Thursday.  As we all know he has plenty of problems, and we have to take each race as it comes, so its wonderful to have had 3 wins from him this season already.

Caminero ran another good race yesterday at Ffos Las to be 3rd - it was very soft there, and he just isn't strong enough to handle that ground at the moment.  He is a lovely horse, and just needs to strengthen up and fill his frame.  We'll step him up in trip on some better ground before he has a summer holiday and comes back novice chasing.  He'll certainly be a horse to follow next season.

We have been planing to run Miss Milborne in the Mares final at Newbury all season, and so it is frustrating that we have had an interrupted preparation for it over the last couple of weeks.  She has missed a few vital bits of work, and so may not be as tuned as we'd have liked.  I'll give her a bit of hard work on Tuesday and then make a decision whether we run or wait for a Listed race next month.